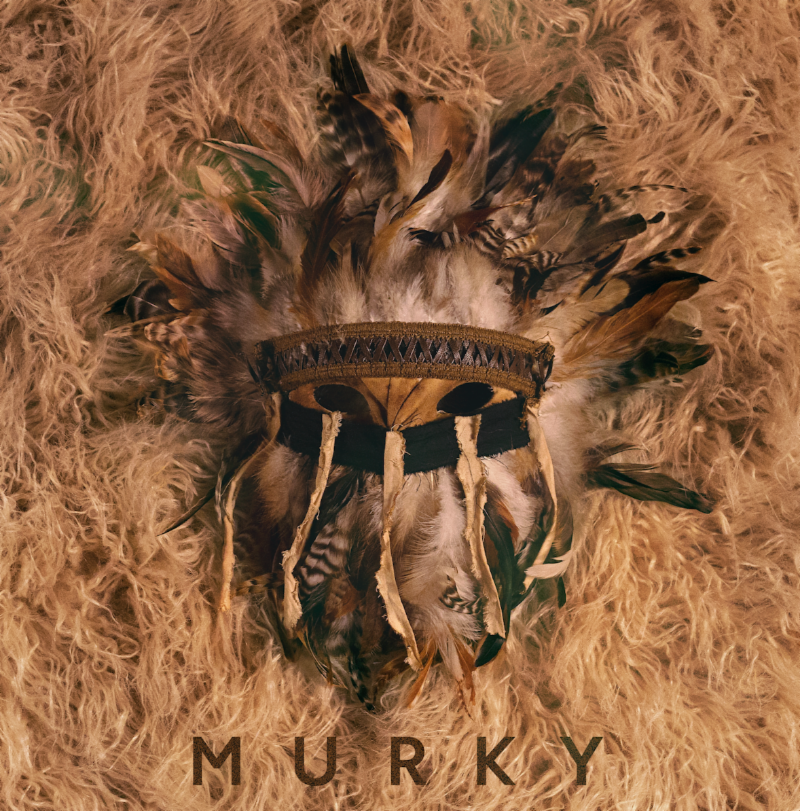 Saint Mesa, born Danny McCook, came onto the scene almost two years ago with “Jungle” quickly garnering a million streams on Spotify. McCook was then signed to Interscope Records and got extra attention after being featured in ads for H&M and Puma as well as popular TV shows. Today, he is independent and makes the most organically created body of work he has ever made.

Fueled by tense opening soundscapes, “Murky” is a darkly colored piece that captivates the listener from the get-go. The Californian multi-instrumentalist takes us into an altered state of consciousness through an arsenal of gradually intensifying percussion driven by menacing humming and spasmodic guitar plucks. Using almost indigenous sounding drums while chanting prophetic lyrics dramatically, Saint Mesa orchestrates what sounds like a spiritual ceremony. Like during a shamanic extraction, he invokes spirits to remove misplaced energy.

The track is without an ounce of unnecessary texture or sound, but what really clinches Mesa the win is the climactic array of strings giving grandeur to the scene halfway through the song. A moment where all spiritual, natural and animal forces connect with his eclectic influences to carry the listener on an epic journey to a world of sand and rocks such as one might expect from the Chilean Atacama desert. Now at a turning point in his career with his first release in almost a year, Saint Mesa breaks free from his anxieties on “Murky” which is a track that precisely fuels the desire to tread through the murky water to find clarity. In the end, most of life is the art of the latter, and Saint Mesa is certainly not an exception as he bounced back from dark places notably overcoming a mystery illness during his youth. Reborn, once again.