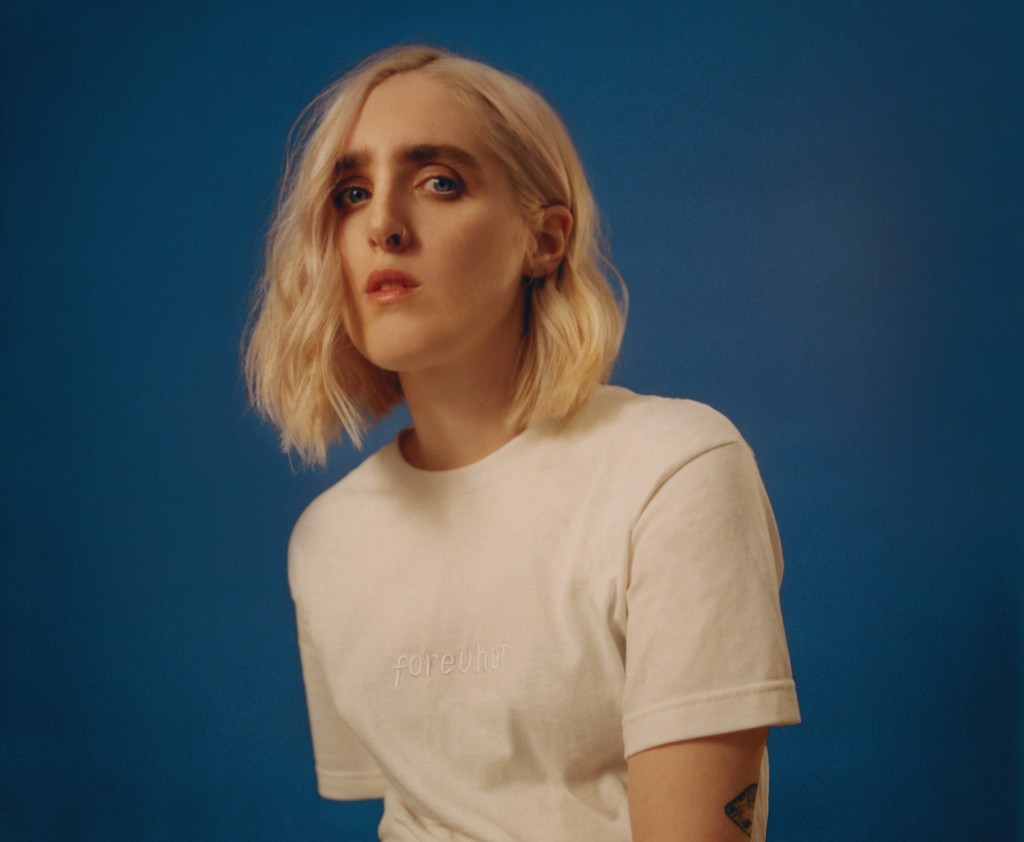 Save for a number of inspired remixes, there’s been something close to musical silence from Shura since her 2016’s debut album Nothing’s Real. Until, roughly six days ago, she turned blue. Her past Instagram presence erased, static electric blue images emblazoned the electronic artist’s feed with the promise of an impending new era. Following through on this last night, new track “BKLYNLDN” was aptly premiered as Phil Taggart’s Chillest Record.

Standing for ‘Brooklyn to London’, Shura‘s new track grapples with the immediate desire for physical intimacy in a long-distance relationship “This isn’t love, this is an emergency”. Its deliciously indulgent, synth-heavy production drips with longing – a longing that’s realised, eventually, as the geographical gap is bridged by the time the chorus kicks in. Thick electronic vocal distortion and an exceptionally dreamy tempo change walks us through the changing forms and phases of feeling as desire turns to love. This is mirrored in the stunning, blue-tinged visuals of the music video: a cinematic recreation of Rodin’s ‘The Kiss’ observes a couple locked in an embrace from rotating angles. The London singer-songwriter has grown in leaps in the space between albums, from being ‘2Shy’ to being sure in her new love and marking out a place for it, both in the world and in her music. Transitional in sound and feeling, Shura‘s sophomore album can’t come soon enough.