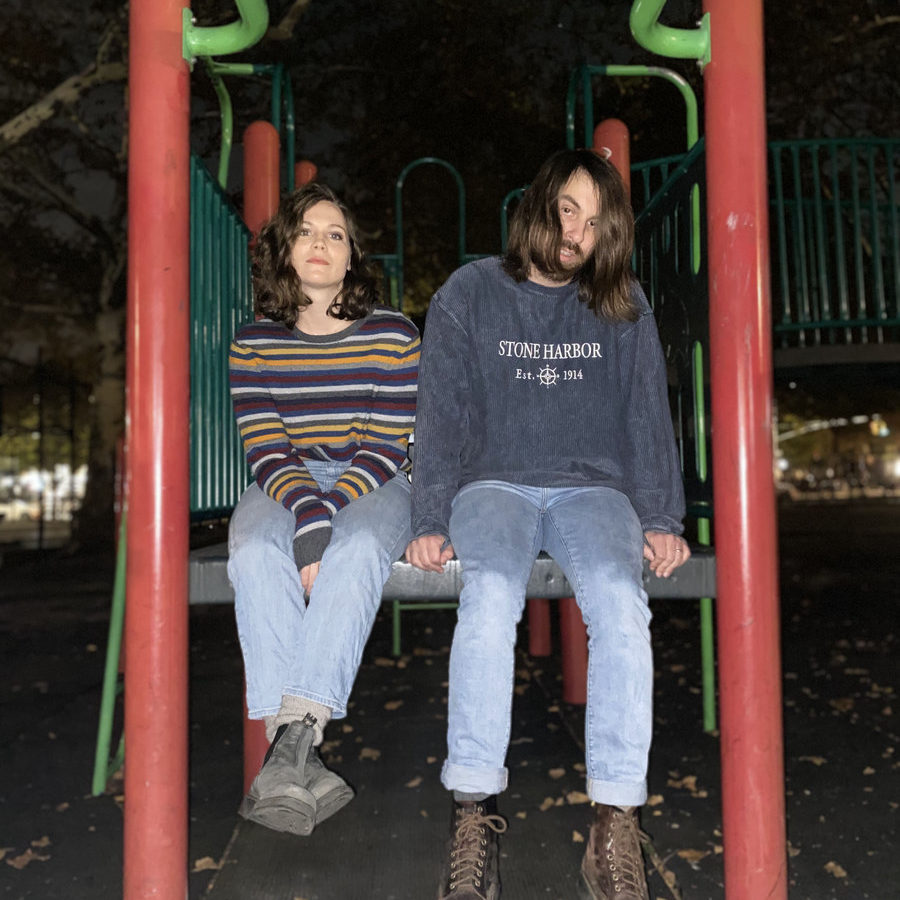 “Missing the Party” is taken from Silver Liz’s upcoming album, It Is Lighter Than You Think.

After the gentle and beautiful acoustic arrangements of “Until Lately” and the shoegaze-adjacent “Thousand“, Carrie and Matt Wagner have taken some inspiration from electronic music to create an ambitious narrative-heavy song that feels very reminiscent of Beach House or early Sweet Trip.

For a song that is only 3 minutes long, “Missing The Party” englobes a very diverse and eclectic set of musical styles. The track kicks off with dreamy spoken-word passages and synthetic keys bouncing off each other to create a steady rhythm, just for it all to crumble under the chaos of chugging guitars and lo-fi drums. As the spoken-word bit ends, multiple synth arpeggios enter the mix creating a chaotic, yet beautiful and dreamlike soundscape, which feels like a digital reinterpretation of the foundations of shoegaze.

As vocalist Carrie explains, “the first third of the track draws from the commute-home drudgery so many people experience while working an unfulfilling 9-5 job. Then, the middle spoken-word section is me describing an actual very surreal dream I had, which was a combination of idyllic childhood imagery and mundane, yet anxiety-inducing work situations I encounter on a day-to-day basis. “When you sleep, your brain is trying to make sense of things, and can help reveal what you really want or don’t want. With that being said, I think the contrasting imagery in that dream speaks for itself.”

The video for “Missing the Party” plays into the vision of a city landscape morphed beyond recognition after being transposed to a digital reality. Watch the enrapturing, psychedelic visuals, support the track via Bandcamp, and check the recent photoshoot we made with the duo before their gig at Pianos.