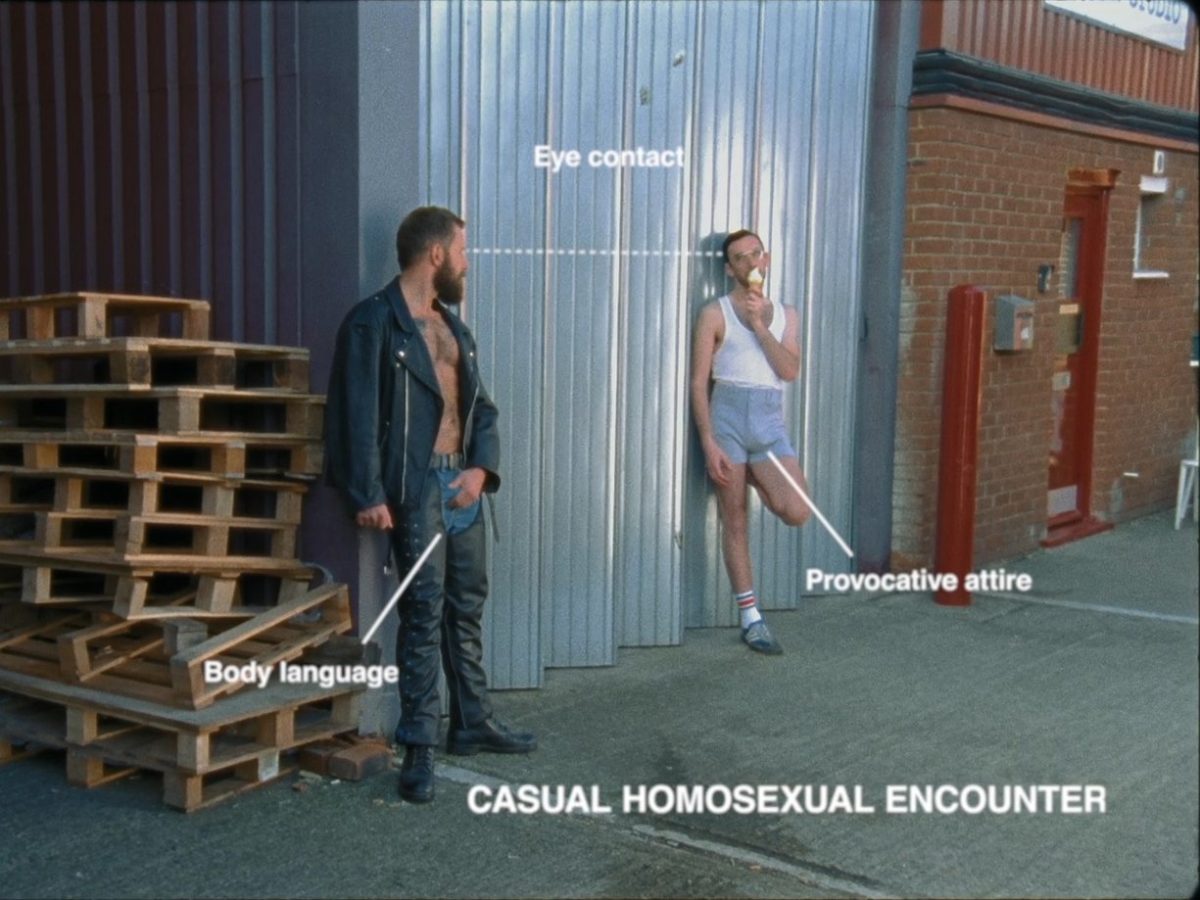 By using explicit sexual imageries in his last video “House Of Air,” queer artist Brendan Maclean is pushing the limits of what straight viewers (and even gay viewers) can see. The artist plays with boundaries to provoke a reaction and makes us wonder, how far until it becomes unbearable?

Since homosexuality is becoming more and more accepted in many societies around the world, people from the LGBT community started to ponder: How can gay people be more accepted by the rest of the straight population? The battle of the labels started, “gay” being used by default, versus the people who define themselves as queer. As commonly pointed, queer has a socio-political connotation, viewed as a form of resistance against traditional gender identities. Queer art pushes the boundaries of what is regularly accepted, by the straight community but also by a part of the LGBT community. Showing explicit, extreme gay porn becomes an act of resistance in this case.

After receiving death threats and that his video was, of course, taken down of Youtube after reaching 700,000 vues, Brendan Maclean remained unapologetic about his art, pushing everyone to watch it until the very end. Inspired by Hal Fischer‘s essay “Gay Semiotics,” the artist explores the different recognizable signs used by gay men during the 70s in San Francisco to imply a sexual preference. 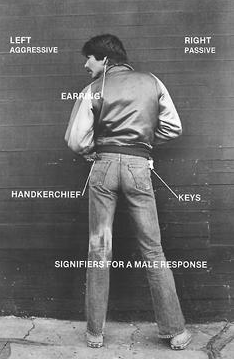 As described by Fischer on his essay, gay men “needed an identification system which would label men as passive or aggressive and also signify the type of sex act in which they wished to engage.” Considering the many possibilites gay sex can offer, they adopted a code to let others know what they were looking for. The signs can be interpreted by those who are aware of their meanings, without warning those who are not. “Like any other cultural group, gay people have developed a semiotics intended both for identification and/or invisibility within the larger culture, as well as communication among themselves.”

“Anything beyond the whole truth sanitises our history, and makes it boring. And if there’s one thing queer history isn’t, it’s boring.” – Brendan Maclean

Inspired by it, the artist decided to show the activities as they are, to stay true to it, showing even some kindness between the actors. The video, directed by Brian and Karl, uses the pastel blue color as a way to remain vintage, situating the viewer on a certain period in time. “House Of Air” is of course not there to make you comfortable but it should be watched entirely. CONTENT WARNING: As previously said, the video shows explicit sexual content, those at work or underage, don’t watch it.

As many other queer atists, Brendan Maclean deals with what he can show to the viewers and what not show. The limit is drawn where the truth stops. Before that, everything is acceptable, even if it doesn’t please the audience, labels and music critics. As the queer movement is a form of punk rebellion against established norms, art is the way of expression where the limits should never be defined. As explained by the artist himself on his paper for The Guardian: “Tell me what’s really more upsetting, my film clip or the fact Donald Trump is the President of the United States?”