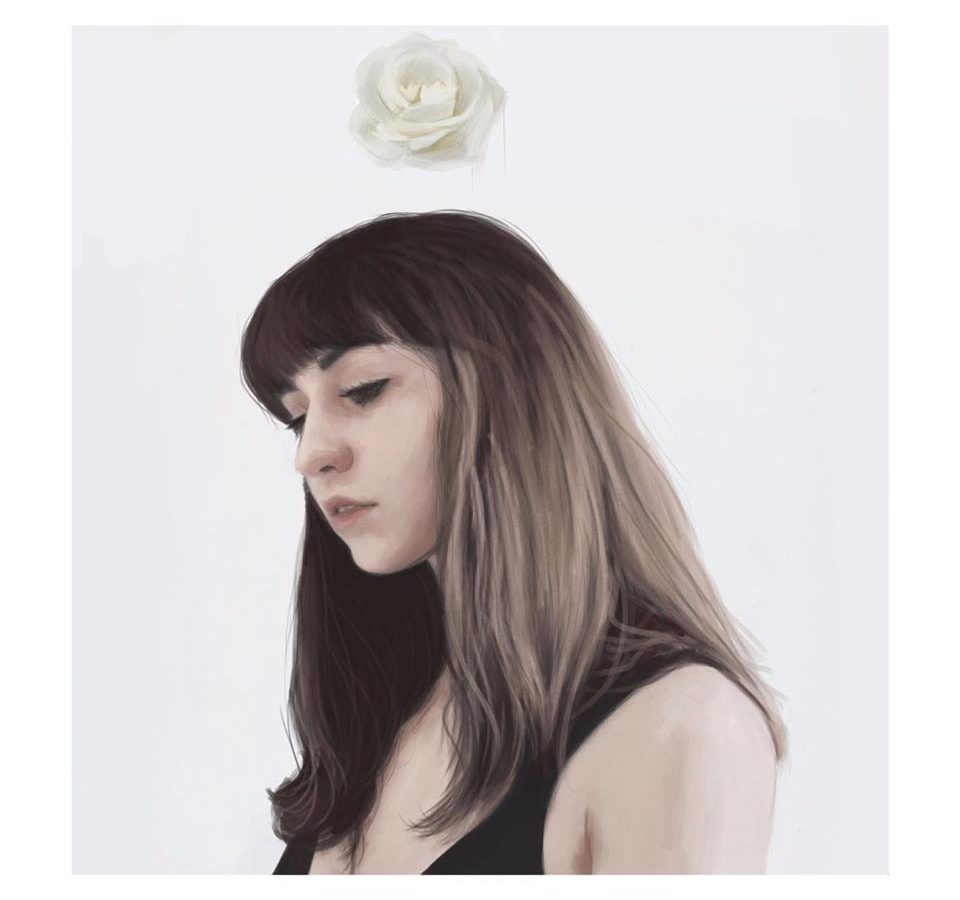 There’s an interesting discrepancy between the cold, dark and faerie sound of HÅN‘s debut EP “The Children” and the provenance of Giulia Fontana, the 21-year-old Italian girl hiding behind this outlandish three-letter moniker.

On the one hand, her music evokes Nordic landscapes of unblemished meadows covered by the morning frost, with a glacial breeze blowing through thick pine trees and a grey sky reflecting on the still water of a lake. On the other hand, her biography tells us that she grew up on the sunny shores of Lake Garda, the largest lake in Italy and the favourite holiday spot for thousands of German tourists every year. However, it’s a gap that makes her work even more charming and fascinating: it suggests that the sight she authoritatively limns belongs for the most part to the sphere of magic and imagination. Hence, “The Children” can be perceived as an experiment of wintry escapism, a mystical journey inside of Fontana‘s mind, with its unique meanings and dreams made of aurora borealis-tinged nights and steaming breaths.

More than anything, though, “The Children” is a pop record, and one could have already grasped that after listening to the two tracks that anticipated the EP: “The Children” and “1986”. The two songs are pretty different from each other, a trait that had already allowed critics and early curious listeners to guess the potential heterogeneity of HÅN‘s work a few months ago. The title track could easily be thought of as the record’s centerpiece, starts as a guitar-driven ballad and fluently shifts into a faster, danceable pop tune. “1986” resumes that dance feeling and turns it into a vibrant electro pop track, where snake charmer-like synths wistfully perform a cold, calculated motion before colliding into each other like rivers in flood.

HÅN‘s debut EP “The Children” can definitely work as a calling card for an artist that has taken the right path into the saturated world of dream pop.

Giulia Fontana‘s vocals are what makes these tracks flow into each other with such a decorous coherence. That, and a subtle get-up-and-dance attitude that leaks from the dark atmosphere of the album. The first track of The Children, titled “Intro” – a debatable title for a track that lasts almost five minutes – stands as a perfect example for both statements. A series of organ-sounding vocals immediately create a cold and sacral atmosphere, made quickly riveting by a 4/4 kick that sets the tone for the rest of the album, inviting the listener to join a revealing, esoteric dance. Soon after, more guitars and synths kick in, heralding the triumphant yet delicate entrance of Fontana’s vocals. At the end of the EP – before four dance remixes of the songs – the same delicacy returns on “Hands”, where the dreamy, noninvasive softness of the synths allow for the for some of the best vocal lines of the album.

“Hands” is the ideal ending to short EP. While the two new tracks don’t add a lot of information to what we had already learned of the style of HÅN, “The Children” can definitely work as a calling card for an artist that has taken the right path into the saturated world of dream pop. In the past few months, several critics and bloggers have already compared her to a huge multitude of artists, and while it’s true that her music is still too derivative and does not come out as truly original on first play-through, there are already a lot of personal, unique elements on these four tracks. Sure, HÅN hasn’t outgrown her influences yet, but no one really expects that from the debut EP of a 21-year-old girl.

Besides, on a December that is (as usual) void of new releases, with most musicians making plans for the next year and most critics gathering their thoughts to compile lacunous end of the year lists, I dare you to find a better soundtrack for the winter. The colder it’ll get, the better “The Children” EP will sound.