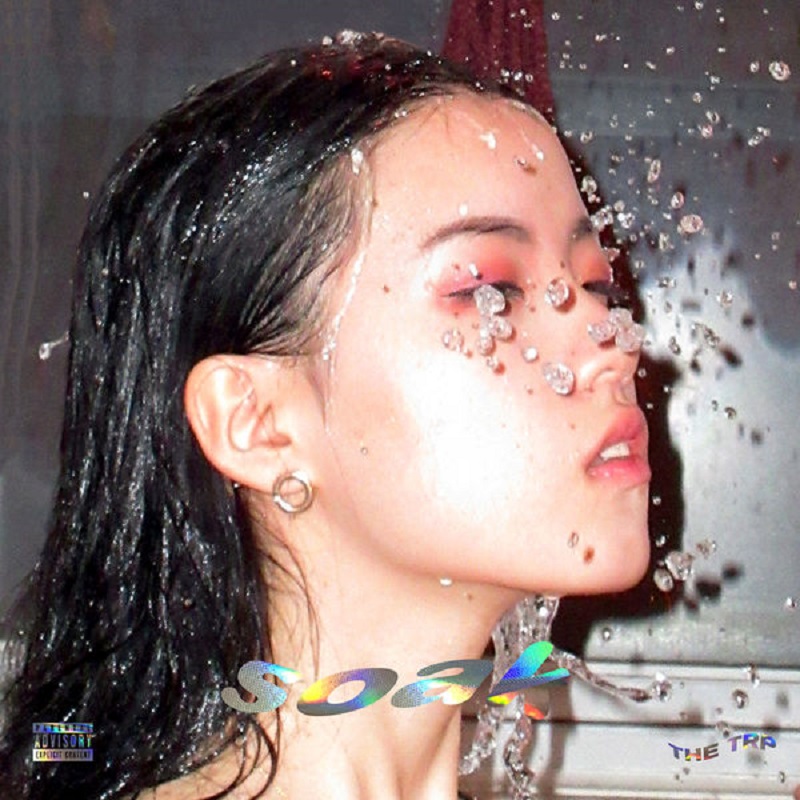 Astro-soul, acid R&B, subterranean trip-hop with a lemon twist… Regardless of how you choose to classify The Trp’s music, “Soak” – the outfit’s debut project – is firmly making the point that every preceding single of theirs strongly hinted at; there’s no point in trying to classify The Trp.

Leading up to the release of “Soak,” songs like “Lavender” and “before you know it” caught our attention in the haziest of ways. As the project kicks off with “Bloom” and “Treasures”, there’s an instant realization that, while the constant ambience and controlled confusion that The Trp have quickly become known for is as present as ever, the psychedelic experience of their music is about to hit its peak.

With “Treasures”, for example, we see a subtle level of accessible, pop-influenced songwriting that we would have never predicted from these guys after first spinning their early tracks. And yet, there’s never a loss of lushness suffered through the addition of more focused vocals and the occasional rap verse on this and tracks like “Wings” and “Dragons in the MoMA”. What could’ve been previously faulted as just well-executed music to zone out to is no longer that simple, with The Trp taking full advantage of their first major release as a way to elevate spacy to spacious, trippy to transcendental, and ambient to encompassing.

While staying within the confines of their own sound might be a limiting factor for a lot of artists, The Trp have a style so expansive that they manage to explore the universe without ever sacrificing a shred of their identity. For all the moments where space and ambience are used to good effect on “Soak,” there are still a handful of instances where it’s hard to focus on any meaningful musical idea within a sea of various synths and reverbs. A track like “Dive”, for instance, is saturated with so many different soundscapes occurring at once, that the listening experience almost has to be mindless by necessity.

All in all, though, “Soak” is a strong, true-to-self, explorative debut that infuses R&B with just about as much psychedelia as it can handle. Should The Trp continue to find ways to make music that sounds like it’s working its way around the outer edges of the solar system, they’ll continue to blow our minds.