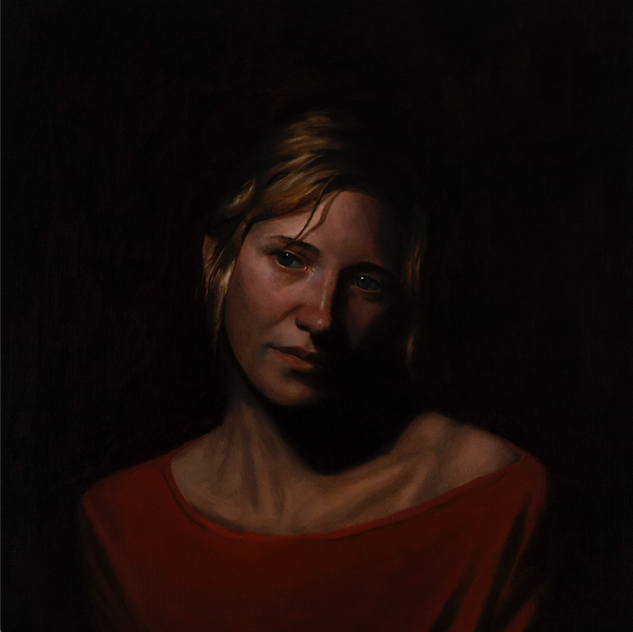 Montreal-based singer-songwriter Helena Deland sat down with HighClouds to wade through the meaning behind her flawless full-length release, Someone New, out now on Luminelle Recordings.

With many taking Zoom calls from the living-room-turned-home-office, tuning into live streams recorded from childhood homes, and attending meetings led from backyard gardens, quarantine has provided an unprecedented look into the material lives of others through the backgrounds broadcasted from their screens. Helena Deland, the 20-something Canadian musician and songwriter, certainly did not shy away from this kind of intimate sharing when hooking up her webcam last week to broadcast the virtual launch party for debut full-length album Someone New, out now on Luminelle. Streaming live, Deland shared new songs as a comically large lava lamp gurgled in the corner, foliage stitched up the walls, and her “quarantine bubble” of a few friends sat silently on the bed across from her, noticeable only when Deland tilted the camera to reveal them and allow for a small wave. During the transition to the full band portion of the show (Deland was joined by a pianist, an accompanying vocalist, and another guitarist in a similarly fauna-filled downstairs room), viewers were inadvertently welcomed into her dwelling as she hurried through a hallway with a small gaggle of helpers swarming in her path, passing to adjust her ethernet cable, and surging forward to help set up for the next song. The entire ordeal felt radically personal and raw. Still, watching Deland play her new songs while sitting at the edge of a perfectly made bed in her stocking feet seemed to be the ideal setting to listen to an album such as Someone New for the first time.

Such intimacy is to be expected from Deland. Since 2016, she has shared quiet and inventive EPs such as Drawing Room and the Altogether Unaccompanied series. These releases cemented her as a careful musician, a prolific songwriter, and a talent to keep an eye on in the Montreal scene. Someone New is meant to mark a transformation of sorts, as Deland explained in an exclusive interview with HighClouds, “I came at it more intentionally and in a fully devoted manner, trying to make a conceptual hole… I wanted to make the best thing I could, so I put so much more time and thought into it than I had for the songs I released before.”

Setting such a lofty goal—to make the best creation personally possible—could prove daunting for some. Instead, her ambitious approach results in a veritable creative rebirth, a sense of reawakening that is injected straight into the soul of the album itself. Helena Deland revealed that this theme of recreation is even alluded to in the title of the project, “Someone New refers to my desire to reinvent myself and experience myself as new. It grapples with ideas surrounding (sudden, often impossible) self-transformation and is interested in ways I tried to invite change into a sense of self otherwise experienced as fairly linear.” This theme of remaking yourself comes up again and again on the album, particularly in tracks like “Pale” that confront reapproaching one’s self from a dissociative vantage point and, of course, the title track “Someone New.”

Beyond recreation, Someone New also tackles other aspects of the human experience. Some of these moments are incredibly specific. “Smoking at the Gas Station” is a grimy, dissonant anecdote about taking a smoke while “desperate for attention / and small gestures of protest.” The track goes on to ruminate about the songwriter’s object of desire—languishing in what it means “to be loved by you.” This song is incredibly specific, with Deland narrating first-hand. This confessional songwriting—seemingly rooted in her actual life experiences, referencing actual people—is partially why her releases feel so microcosmic and therefore riveting. Deland spoke on her decision to directly address herself and others in her songwriting, “I think my songwriting style requires a clear recipient, even if it’s myself (it hardly ever is). It feels realer and more personal to me that way.”

Other themes are meatier, expanding beyond small stories and tiny moments. For example, the constant battle between light and dark is at the forefront of Someone New. Deland elucidated further, “I think a balance of lightness and darkness is just what being human on this beautiful, violent planet is about…’Clown Neutral’ embraces that the most. The title comes from a concept in Indigenous clowning my friend Kattey Wattam told me about and I became obsessed with: clown neutral is when a feeling of great bliss and deep sadness occur in you at once, which is, what, 75% of the time?” A tightly wrapped gift of a song, “Clown Neutral” grapples with the constant tug of war between either side of the emotional scale. “Neither bad nor good / Don’t ask yourself too long what you should feel / You can feel anything,” Deland exhales with airy vocals, suggesting that an escape from constant introspection may be the most liberating. Another track that encapsulates this balance is “Comfort, Edge.” In the standout song, she sings with swagger, “Give me comfort, give me edge / Make it easy, make me beg / Let me come for calm and peace / Never stop surprising me.” Lyrically toeing the line between pleasure and pain, Deland‘s unique ability to capture every note on the scale between light and dark showcases her strength as an empathetic songwriter capable of a broad range of emotions.

Deland seems to draw inspiration from around her, with her roots in Montreal serving as a major seed of inspiration. Deland opined about home, “The Montreal scene is pretty small and warm and you’re surrounded with people doing the same thing as you. You can easily end up developing a personal relationship with the people whose work you admire, and those things are the kindling of motivation and inspiration.” As a side effect of growing up in a multicultural space, Montreal’s identity as a French-speaking province also provides a source of creativity. Deland theorized about the effect that her mastery of multiple languages has on her craft, “I think growing up bilingual gives you a strong sense of the importance but also the randomness of language: you know not to associate things with one noun, but two, and you know that words are a way of communicating but that they are aleatory. I think this has always informed how playful I feel towards language.”

Beyond her immediate surroundings, it is obvious that Deland‘s music is also fueled by her curiosity about the world at large, and she does not shy away from directly or indirectly referring to recent obsessions from literature and history in her music. Track “Truth Nugget” is based off a phrase mentioned in Virginia Woolf‘s A Room of One’s Own. Poet Jonas Frontier‘s piece Poste De Travail inspired song “Fruit Pit.” Previously released single “Lylz” mentions the Boulanger sisters, a pair with a somewhat spooky backstory who have gained belated recognition as some of the most influential early 20th-century female French composers. Listening to Deland‘s music is a window into the singer-songwriter’s ideas about the world around her, but it’s also a clue into the books, poems, media, and events that inform this approach. Deland explained what it means to allude to other works in her own art, “Mentioning someone else’s work in a song is like making a tiny shrine, a small homage to the person in history.” The artist also acknowledged that inspiration was found from musicians such as Björk, Big Thief, Sea Oleena, and King Krule, noting that each artist’s influence was “sometimes in less obvious ways.”

The shape of any album is an integral part of a listener’s experience, and Someone New is masterfully constructed. Opening, eponymous track “Someone New” serves as a refresher on Deland‘s signature ethereal vocals and complicated guitar. If I could have every thought / As though for the first time / I’d never get sick of / The patterns of my mind / But I am stuck,” she starts, serving up the perfect introduction and preparing the audience for the venture into her cyclical and labyrinth-like inner monologue. But the entire album isn’t sheer transcendence and headiness. Tracks like buzzy “Dog” and groove-infused “Comfort, Edge” reveal a rougher, plugged in edge to Deland. Beyond these dichotomies, interludes such like “The Walk Home” —essentially an instrumental palate cleanser, placed right after the metaphorical first course of the album— reveals a lush soundscape of eerie strings that reveals an entirely different side. The following track, “Seven Hours,” is a simple, somber song, with abrupt darkness that would be impossible to manage without the prelude provided by “The Walk Home.” Like everything else on Someone New, the track order is diligently thought through, and listening to the album in one sitting reveals its kaleidoscopic quality through which every song informs moments of other tracks. 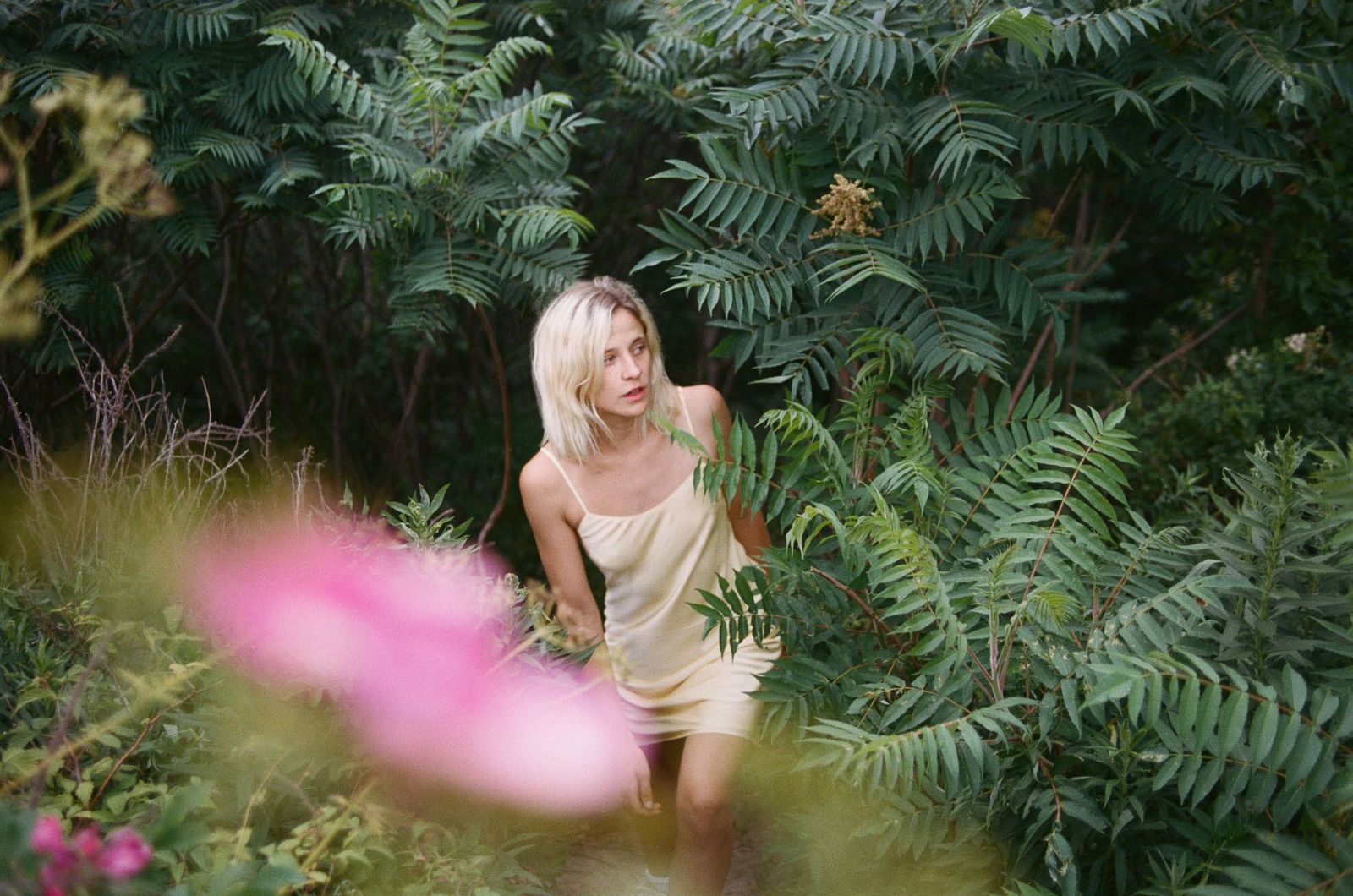 Suffice to say, Someone New patches together a quilt of diverse sounds. Deland employed the help of Valentin Ignat, an expert in electroacoustics and textural sounds. “We drew a lot of inspiration from impressionistic metaphors,” Deland said of the partnership. “I would tell Val, ‘Let’s make this sound like you’re 13 and waiting for your crush to respond on MSN,’ and we would create a sound that bridges our two conceptions of this.” This approach is the live wire running through the album. So much of Someone New is experienced rather than necessarily heard.

The resulting release is an ambitious one and yet, Deland does seem to succeed in her hefty goal of creating a superlative album. So complete and so satisfying is the end product that it is difficult to believe that this is merely a debut. And yet, we do have so much more to get to know about her. Looking towards the future, Deland teased, “The thing about not playing shows is that it gives me the opportunity to start thinking about a follow-up album.” Perpetually in pursuit of more opportunities to learn and be inspired, she added, “I’m thinking about going back to school when it’s possible to do so in person, too.”

Still, Helena Deland acknowledges that she has more to learn about herself, and promises to do so in future songs, “I was trying things out, looking to find my voice– I still am, but I’ve got a better idea of it now.” Stream Someone New below, and support the artist via Bandcamp.

END_OF_DOCUMENT_TOKEN_TO_BE_REPLACED 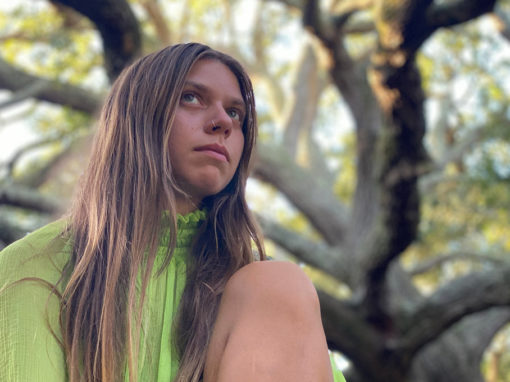 Tomberlin joins forces with Alex G in the majestic “Wasted”

“Wasted” is taken from Tomberlin‘s upcoming EP, Projections, out October 16 on Saddle Creek. Tomberlin’s At Weddings was one of