Comfort zoning out with Jessy Lanza’s All The Time 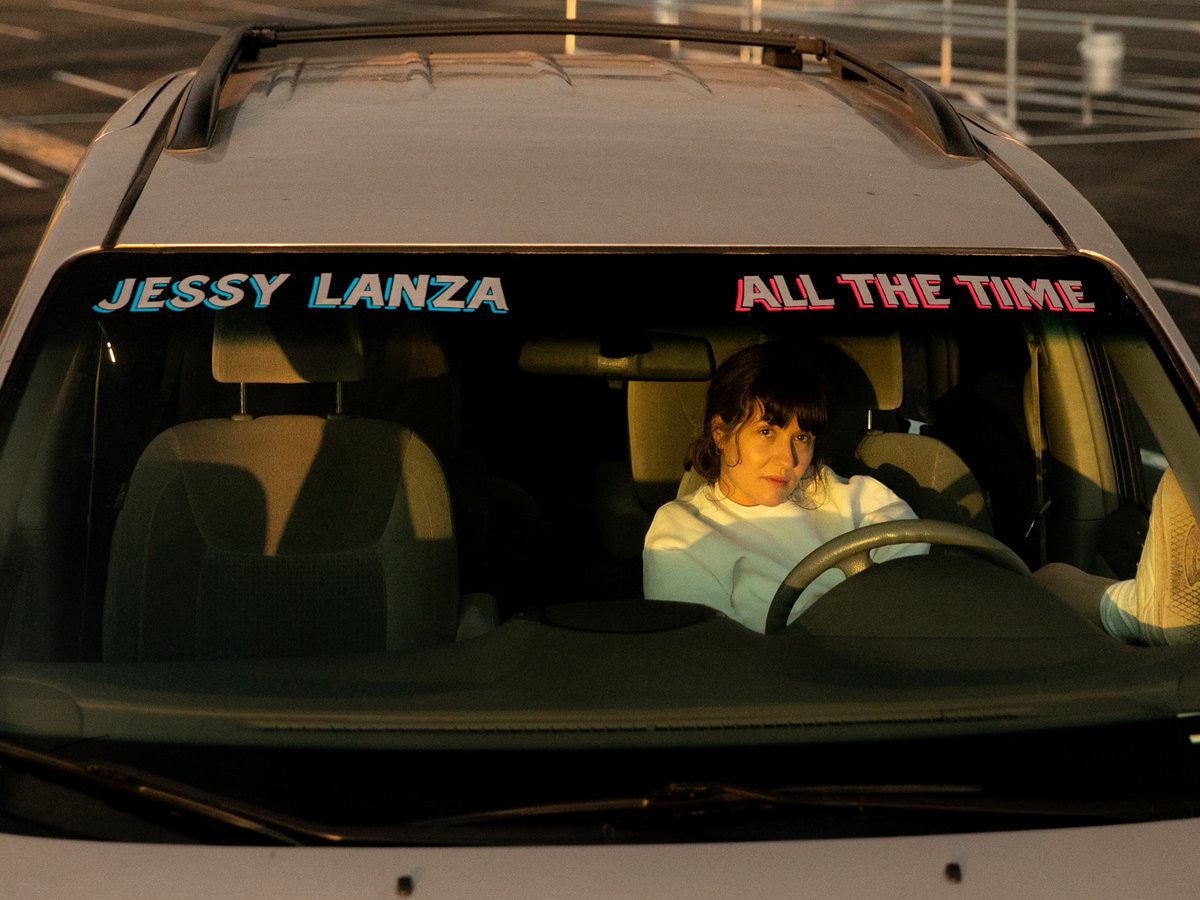 Jessy Lanza‘s new album, All The Time, is out on Hyperdub.

Since Oh No (2016), her fiercest statement, the last couple of years have unfolded strangely for Jessy Lanza. A move from her Canadian home of Hamilton to New York where, she was, as admitted candidly, “emotionally up and down and felt very isolated and disconnected from everything and everyone around me.” She prods on the album’s spacious opener: “Anyone around? Anyone…?”. Sparse, elegantly deconstructed rapid-fire beats and subterranean bass pumps slack, punctuated with curious synth strokes unrolling without an answer as futile question marks.

It wasn’t apparent another album with her creative partner in crime Jeremy Greenspan of Junior Boys would even happen, but as the triumphantly melancholic titular track “All The Time” effortlessly took shape to their satisfaction, the new album was soon in the making. It fast became a constructive anchor for Lanza. “I felt very depressed, so experimenting with my instruments and spending time in my studio and working on ‘All the Time’ was something positive to focus on.” The duo, working long-distance, perfecting ideas back and forth, gave the record a feeling of highly accomplished sonic craft and emotional finesse without feeling overworked. In an unstable world, Lanza found a safe space and comfort in the form of her transient habitat, her beloved van which is featured on the cover. 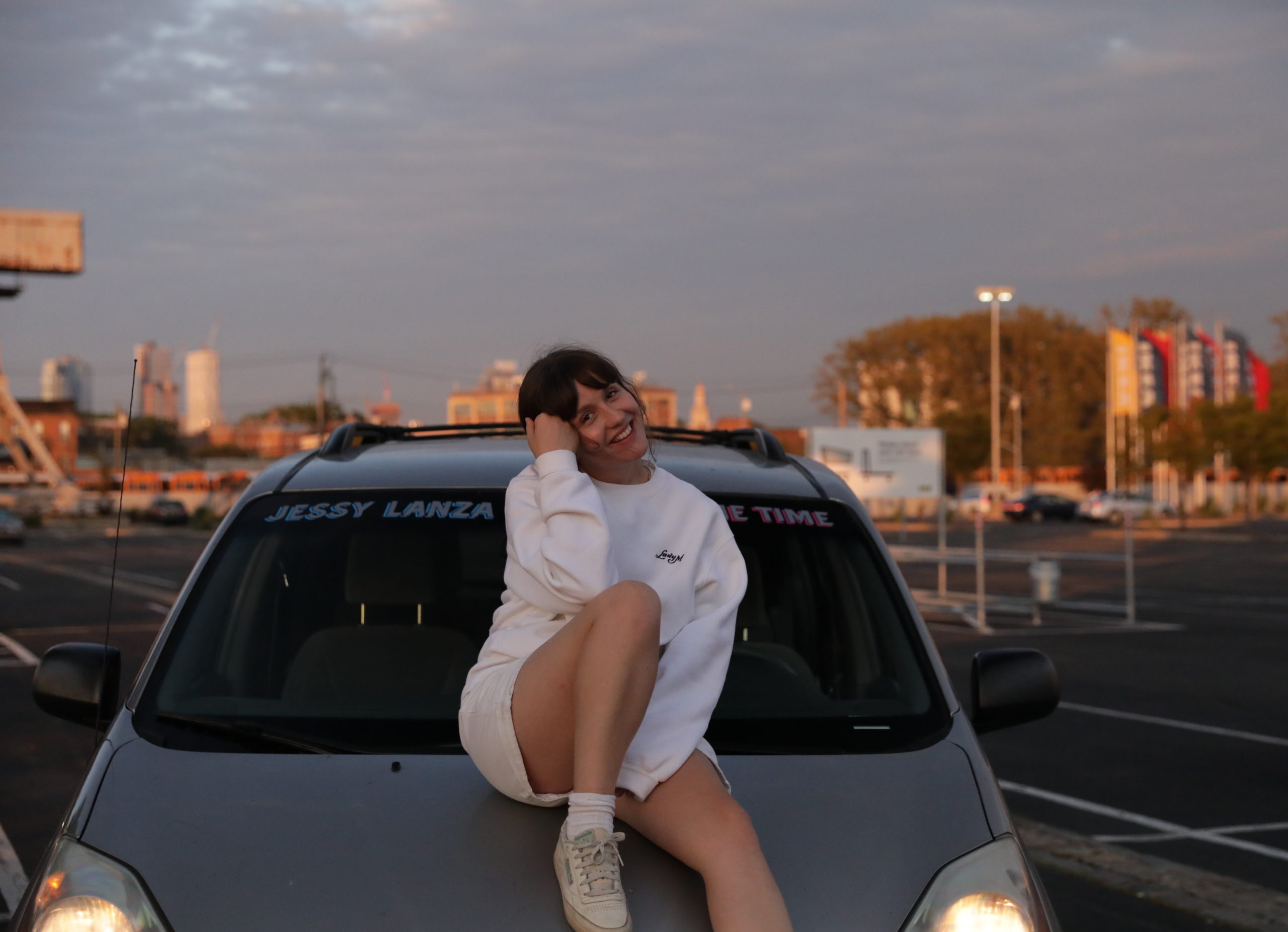 Unfortunate circumstances continued, further spreading globally, with the pandemic dismantling her early European tour and forcing another move to San Francisco. New home base, shared with her videographer partner Winston Case and family, proved fertile ground. A poignant visual identity resulted, capturing the lockdown moment in a series of videos and home Dj sessions, exemplary of a new global DIY aesthetic, running everything through the everyday filter. “I think there has been a burst of creativity for us despite the limitations. Maybe even because of the limitations,” she affirms. “I’ve been working on remixes and lots of new material too since I’ve been at home so hopefully I can share something soon.”

Lanza’s scholarly ear is as ever hooked on immaculate pop melodies and finding that holy grail of the perfect R&B song. Her sonic principles still draw heavily from 90s sophisticated bangers: divine vocals and ungodly beats as immortalized in Aaliyah/Timbaland era. But lately, her inspiration seems to be moving back a decade and further, towards softer soulful hues and slow burners. New sound is influenced by her more often excursions into DJ territory, where mixing mindset altered the structure of the new tracks to appear more fluid and changeable.

Still, prominent Lanza signature, crisp tones, playfully luminescent Asian-tinged melodies betray longstanding influences like Haruomi Hosono, and some less obvious informing the record’s carefully crafted sonic aesthetics. Of contemporaries, she was drawing on producers like “Chasethemoney, Pi’erre Bourne, Kara-Lis Coverdale” and trying to figure out what they were doing to get the tones and sounds on their records. “I listened to Grafts by Kara-Lis all the time,” Jessy is revealing. “The way she uses samples and frequencies to compose was a huge inspiration for me on All the Time. In a similar way, I was obsessed with the Playboi Carti song ‘Lean 4 real’ (produced by Bourne).” Labelmates like Inga Copeland and Dean Blunt still share much with her sonic DNA. While subtly emulating the atmosphere and aesthetic principles, you’d never guess any direct links with said artists in Lanza‘s finely crafted unique pop jewels.

“I made myself quite vulnerable on this album – the liner notes include the lyrics which is something I never would have done on previous records,” Jessy shares. Her most sincere statement to date, “All the Time” is easy to connect to, feeling like a certain coming out as a human being, isolated and vulnerable, dropping the shame, making it feel liberating and gleefully normalized. She uncovers the secret behind the greater self-acceptance: “I started doing psychoanalysis which really helped me to identify the source of a lot of sadness and anger in my life. I felt like I got to know myself a lot better and it became easier to articulate what I felt in my writing whereas before trying to understand myself was like looking at a big abstract blob.” Bewildered, she sings: “And it’s hard to believe I don’t know myself”, her voice fading in higher registers on the bonafide banger of the album, “Over and Over“, most rightful sonic heir to “Oh No”. Evidently, we can take ourselves for granted, sometimes straying so far, when we finally meet ourselves inside, it feels like a strangely familiar alien encounter.

The atmosphere of alien intimacy haunts the record deeply, in eerily retro synth work and vocal effects, oftentimes playfully overpitched. Despite toned down footwork and signature beat sorcery, subtle experimentation emerges throughout, rewarding careful listening. Lanza uncovers a conscious effort to leave mistakes, “whether it was weird sounds in the drums or a vocal take that may not have been perfect in pitch but captured a unique quality that I wouldn’t be able to replicate.”

Realizing a certain kind of discordant feeling is necessary to set the creativity off but still a formally pure artist, Lanza does not let it spill over too much into the body of the song, except in decidedly overworked glitch thrill “Face“. 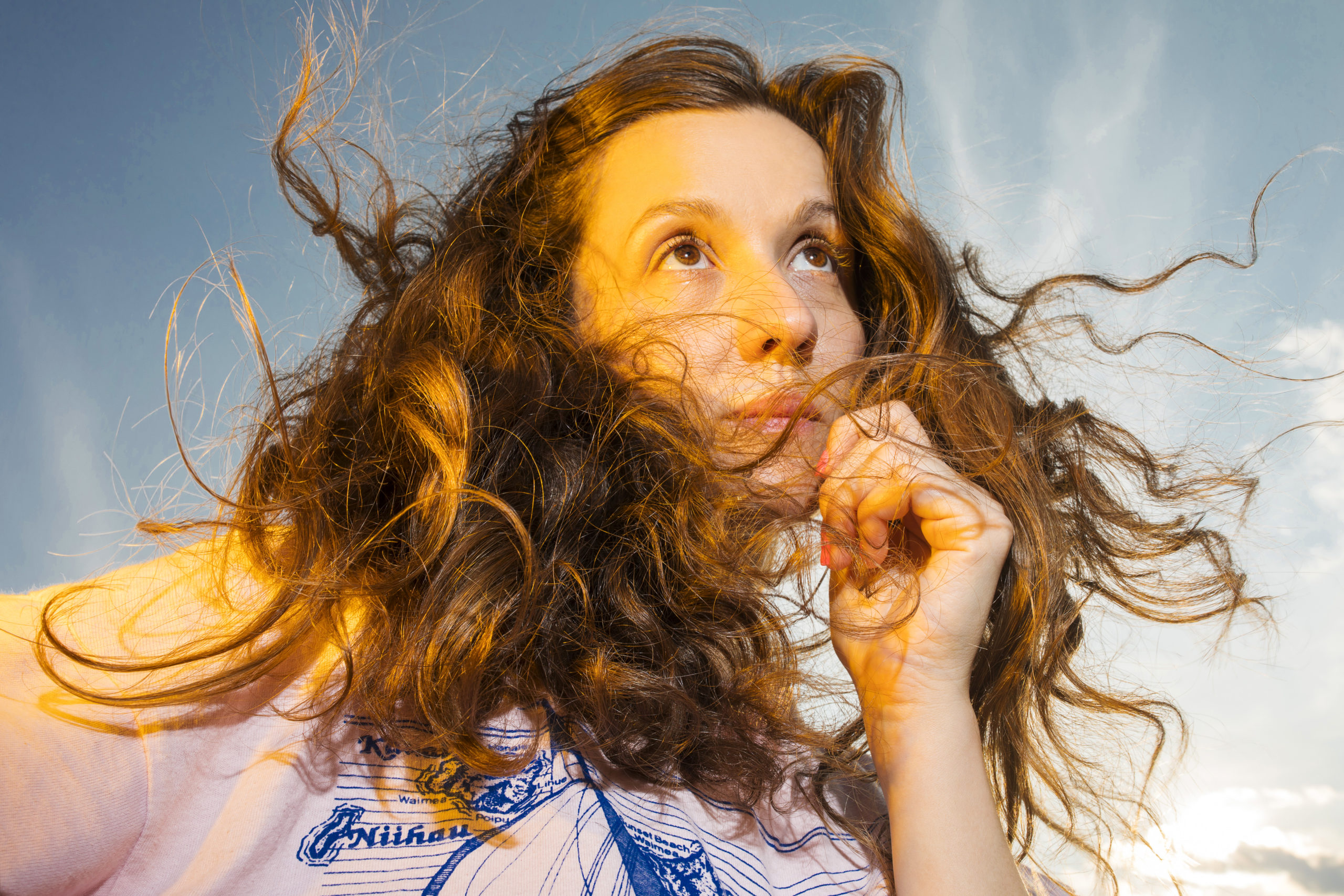 Angry at its core, but sublimated, deceptively saccharine fun-spinning “Lick in Heaven“, shows up as zoned out 4×4 pop euphoria. Accompanying video made by Case is set on a morning TW show, all fuchsia power suits and fake excess smiles, with Lanza at the decks, studio turning into Ellen-inspired dancing spinning frenzy. What makes Lanza “go spinning” in anger are often ways things are marketed to women, the media and those morning TV shows exemplary in selling the one-dimensional images. She explains the frustration: “It seems to be challenging for people to accept that someone can be many things at once. It’s possible to be soft and assertive or submissive and domineering at the same time. A big problem with representation for women is that it can be very one dimensional and very boring. This drives me a bit crazy but I think that’s why it’s fun for me to play around with the tropes in the music so that I can steer the narrative in my own direction.”

There is the wizard of Oz kind of vibe, where she subtly draws the curtain to let you peek in, revealing clichés of the dream selling pop industry, without disrupting the structure at the same time wholeheartedly adopting the same “naive” pop song tropes. In her musical language, pop tropes are a kind of “small talk”, deceptively easy-going ice breakers that make way for dealing with the inner complexities and the lows comfortably camouflaged. Despite much of the album’s themes charged with romantic and erotic revelations, directed at a significant other, oftentimes frustratingly, equally lovingly, all that subtly conflicted ideal vs real romantic material is adopted for wider subversive play. “I think I use ‘romance’ as a way to talk about my own longing to be understood,” she finally concludes. As much as the album is a reflection on relationships, it stands as a radical statement of self-intimacy, its maturity found in self-acceptance, flaws and all. Without being self-helpy, it’s a fine document of personal knowledge and growth.

Asked about the near future of romance, Lanza shrugs off the fears post-pandemic blues might alienate us all further. “It’s human nature to seek out connection (romantic or otherwise) and despite the need to be distant the desire to be close is so powerful.” This uncanny timely collection of purest pop songs for the distanced, yet reaching out in longing, stands as her strongest argument, to be played over and over to the banishment of isolation. 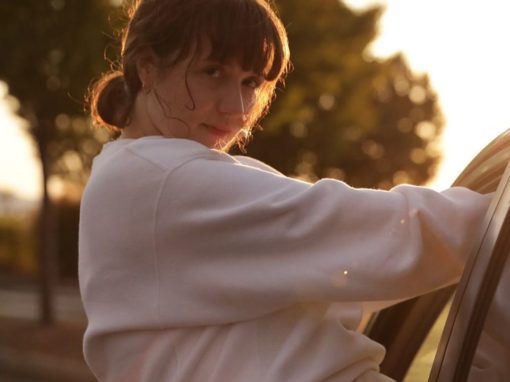