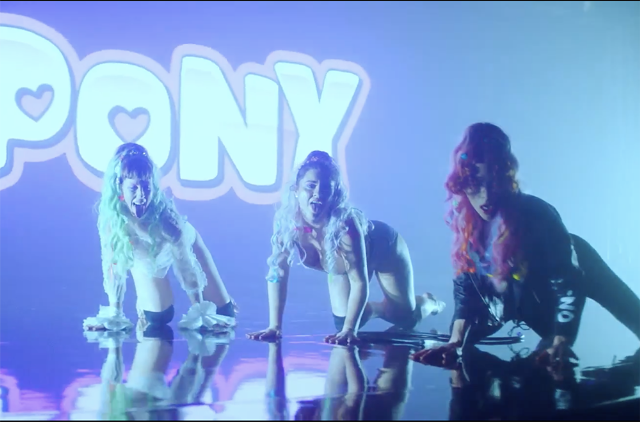 The producer has dropped her newest single “Ponyboy” off her highly anticipated second studio album. The track takes an aggressive left turn in comparison to her softer single “It’s Okay To Cry.” It embodies the familiar feeling we’d get when listening to classics like “Hard” taken from her previous album “PRODUCT.” This is the SOPHIE that most of us are familiar with: the dirty, wet, industrial, destroy-your-ear-drums track that fails to be generic in melody. Taking note that she produces music that actively mimic sounds of the real world, there’s no doubt that you’d feel as though you’re dressed in latex from head-to-toe. “Ponyboy”’s instrumentals come from a place of familiarity when you know SOPHIE and not from personal experience. Certain sounds not only make for a great textured kick, but also simulate the foreplay thats lyrically described between each verse.

“Crack down the whip” *whip noise*

“Put the pony in his place” *slap*

An official music video filmed before her live set at the Red Bull Music Academy Festival in Los Angeles was released along with the single today, with choreography that pairs nicely with the sensual lyrics of the track. Featuring SOPHIE and duo FlucT., the videos mise-en-scene takes you for a joyride through a basement clubbing, BDSM-fantasy world.

“Ponyboy” is out now.