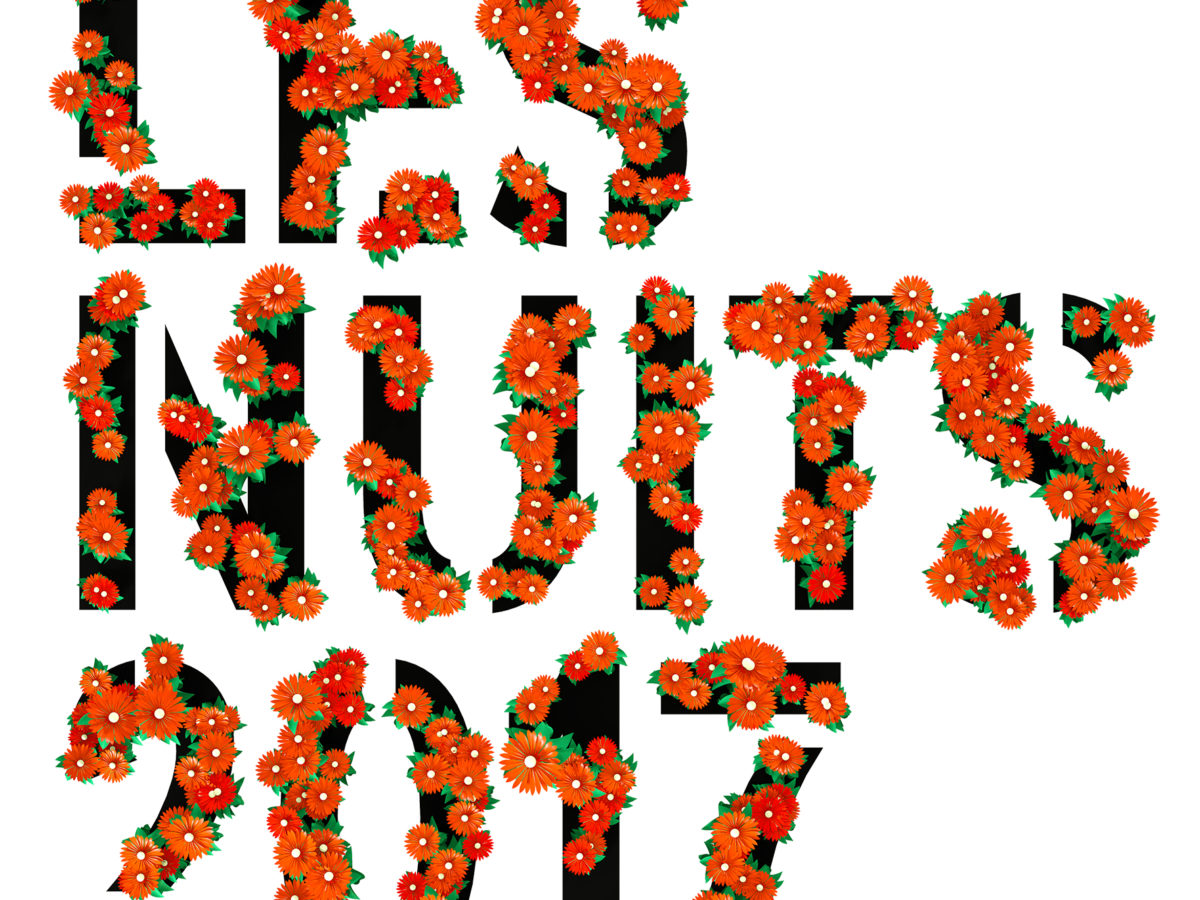 Each year, in our beloved city of Brussels, our favorite venue starts the festival season in May with one of the most innovative selections: The infamous Nuits Bota. This year, as always, the line-up is amazing and here is our dream-list for the festival.

Brussels-based trio Pale Grey will be celebrating the release of their EP on the 15th and our favorite duo Rive will play their debut EP “Vermillon” on the 18th. Electronic acts Monolithe Noir and Le Motel will be playing on the 13th and the 15th, and Lubiana and Hydrogen Sea on the 19th at the Grand Salon De Concert. And to end our Belgian selection, the hip hop collaborators Caballero and JeanJass will be playing on the 19th at the Orangerie.

Our French neighbors are also very represented on this edition with the concert of the French Björk called Camille that will be presentating, on the 12th, her new album “Ouï” set to be released in June. One of our favorite newcomers and selected in our promising list for this year, Agar Agar, will be opening for Magnus, on the 15th and Jacques, one of our favorite gigs of 2016, will be back on the 17th at the Cirque Royal.

French songstress Juliette Armanet will be presenting her perfect combination of piano and beautiful texts on the 18th and Frànçois & the Atlas Mountains their combination of indie with catchy pop on the 20th. One explosive night is preparing itself on the 20th with three of the most exciting pop acts that France has to offer: Bagarre, L’Impératrice and Her.

This year, the Nuits Bota 2017 will definitely not disappoint you with their innovative selection of the best artists.

As party goers and people who like to dance, we couldn’t let the electronic genre on the side. With acts as Romare (13th), FKJ (13th), Hercules & Love Affair (14th) and Youngr (14th), we are ready to party! It’s not a big surprise that we are huge fans of Kelly Lee Owens, specially after the release of her debut self-titled album. With her pure techno release, she will for sure make travel into the unknown. The Nuits Bota are also preparing for you an afterparty on the 22th where artists such as Babyfather and Zebra Katz will be ready to burn down the house.

As is it important for us to promote female acts, as you can see in our Homocore section, we also are going to pay a lot of attention to all of the rock and folk singers represented during the Nuits Bota. Artists such as Chantal Acda and Angel Olsen have been liked by many of our writers as they know how to show emotions thoughout their music.

Quartet The Big Moon will be opening for the incredible Jesca Hoop, on the 12th, being one of most expected nights of the entire festival. And last but not least, we couldn’t miss to mention the trio, that is comprised of two women, Cherry Glazerr that will be playing on the 17th.

You can go check the entire program for the Nuits Bota by clicking here, check the playlist of our selection and the official trailer below.